DRDO has facilitated access to more than 1000 patents with nil royalty.

SKM Technologies opens its state of the art 70,000 sft new facility at Aerospace Park in Adibatla 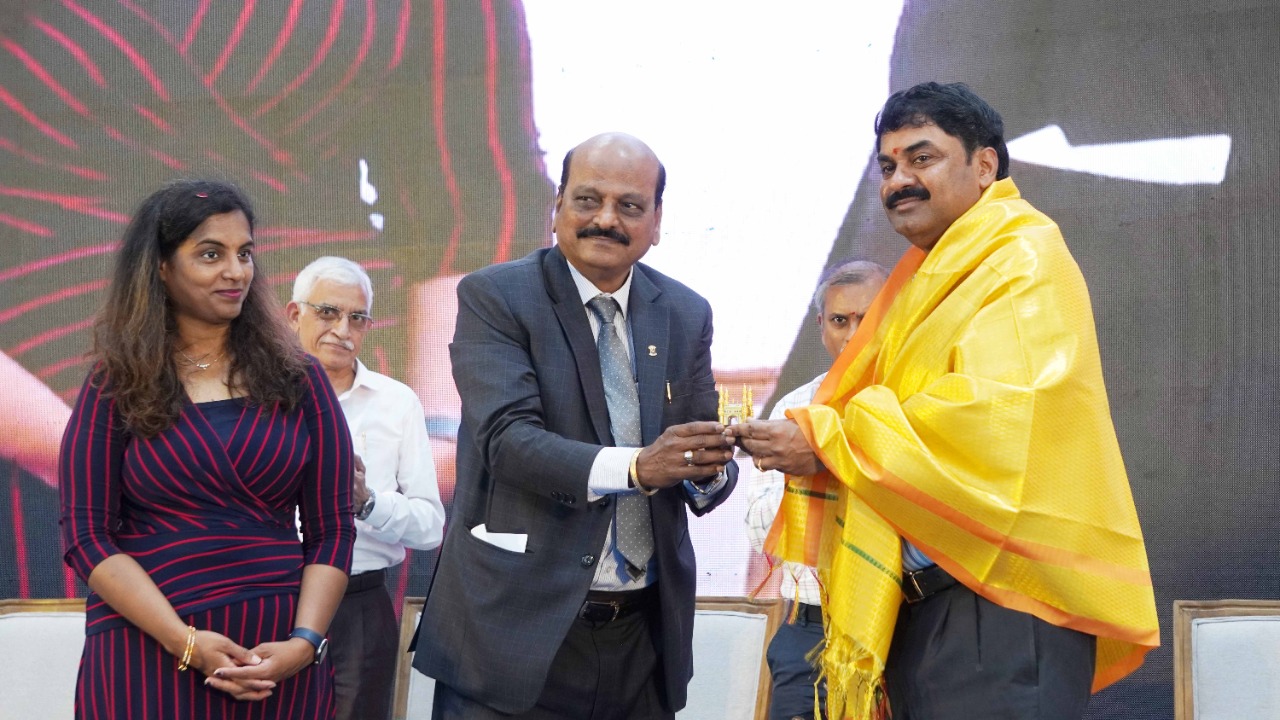 The facility was inaugurated by Dr G Satheesh Reddy, Secretary, Department of Defence R&D and Chairman, DRDO in the presence of distinguished guests from DRDO and Industry.

SKM Technologies Pvt. Ltd, is a leading world class manufacturer of high precision components and assemblies for some of the reputed companies in India and abroad such as Rafael, Pratt & Whitney, Dedienne Aerospace, Dassault Aviation, Magellan Aerospace Corporation, Nuclear Fuel Complex, Hindustan Aeronautics Ltd, DRDO, BDL and among many others.

Addressing the inaugural function, Dr G Satheesh Reddy, Chairman DRDO said that there is a huge opportunities for the private industries in defence sector. He emphasized that Private industry can access government test systems and facilities and for strengthening Indian defence industries, DRDO has facilitated access to more than 1000 patents with nil royalty.

Defence export has huge potential for our country and in the coming years, will set new benchmarks and boost the resolve of Make in India and Make for the World. Government of India has released positive indigenization lists and imposed ban on import of several defence items to support indigenous developments. India is now trying to shift its status from being one of the largest importers of defence products to one of the top exporters of defence items. We have been receiving interests for export of our Defence products and besides BrahMos missile, we are looking to export Akash, ATGMs, SAMs, Torpedoes and Radars.

This will give a boost to indigenization efforts with active participation of companies like SKM Technologies Pvt. Ltd and other public and private sectors for fulfilling twin objectives of achieving self-reliance & promoting defence exports. We will support SKM Technologies and other industry partners and handhold them. Dr Reddy also advised SKM Technology Private Ltd to consider foraying into Additive Manufacturing as they have expertise and infrastructure in place and can produce many new components and systems.

Shri GR Surya Raju, Chairman of SKM Technologies Pvt Ltd, said since SKM Technologies which we acquired already existed in Aerospace, made our efforts faster and easier in foraying and establishing firm foothold. Our desire is to be part of the Make in India program.

Welcoming the gathering, Ms Sarita Rathibandla, a US returned to head as MD of SKM Technologies Pvt Ltd said that the company SKM Technologies strongly believes in making a contribution for a self-reliant India in the world of Research and Defence Technologies. This is our first step.

We have partnered with BDL for indigenous missiles like Akash, QRSAM and many others which are under R & D. We are also working with HAL in various locations. We have added many high technology, high precision machinery at this plant. Currently we have 5-Axis, 4-Axis, 3-Axis VMCs, HMC turning machining centres of various sizes as large as 5 metres bed size that can accommodate jobs upto 8 meters and we have a Carl Zeiss CMM that can measure an accuracy of 0.7 microns. And we plan to expand as per the demand, Ms Sarita shared.

My father Shri GR Surya Rao, Chairman of Dynamic Tools Pvt Ltd, a company with INR 100 crore turnover, 600 employees with 60, 000 state of the art across the globe facility was looking forward to expand in Aerospace and Defence. That is when we found SKM Technologies which was struggling financially. We took over it and revived it. The newly inaugurated SKM Technologies facility has 70,000 sft built up area with 1000 class clean rooms. This will not only accommodate manufacturing, but also carry out critical Assembly operations, provide services such as specialised welding and special treatment processes.